Let’s cut the chase and look at the numbers as the big 4 seat 2.4 tons Continental Supersports hammers down the highway at a blistering terminal velocity of 209 mph!  This mean that Supersport can cover a football field every second. 0-60 time shatters in just 3.4 seconds, Bentley Continental punches out 700 bhp and an earth rolling 750lb.ft. of torque from its mighty W12 engine packing 6 liters aided by twin-turbos. This ginormous W12-6l engine is mated to a rapid shifting 8spee ZF tranny.

Yeah, that true and these numbers do belong to some “track only machines”. in fact it’s the new Bentley Continental Supersport which. The key to the Supersports’ additional outputs are newly designed, higher-capacity turbochargers and a revised charge-air cooling system which create more boost and additional power. In order to harness these additional outputs, upgrades have also been made to the Continental’s cranktrain, including new main and conrod bearings. 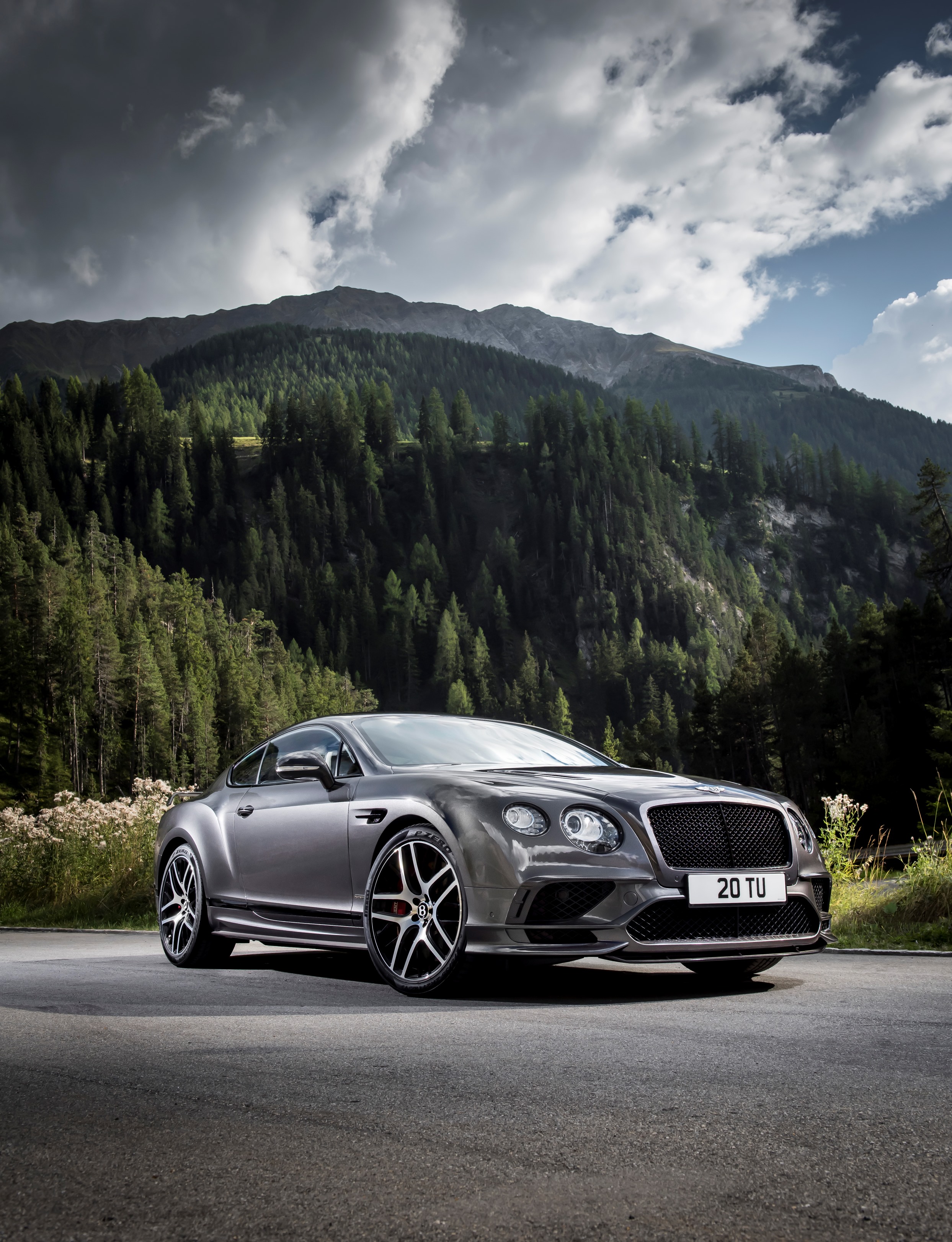 lb.ft.) over the 2009 Supersports model – a 10 percent power-to-weight and 25 percent torque-to-weight ratio improvement.  The top speed rises by five miles per hour (and the 0-60 mph time drops by 0.3 seconds).

The Supersports also benefits from a new torque converter which locks up faster allowing the car to make best use of the enhanced torque figure of 1,017 Nm (750 lb. ft.), and accelerate from standstill even more rapidly.And don’t you worry about the going through the corner as the Supersports has a specifically calibrated and updated version of the torque vectoring system first introduced on the Continental GT3-R.

And don’t you worry about the going through the corner as the Supersports has a specifically calibrated and updated version of the torque vectoring system first introduced on the Continental GT3-R.

In order to rein in this immense performance the new Supersports is fitted with high-performance carbon-ceramic brakes with enhanced cooling. The brake discs are the largest of their type in the world, providing excellent performance with minimal fade under extreme conditions.

The brakes sit behind lightweight 21” forged alloy wheels, together offering a 20 kg weight saving in unsprung mass. A further 5 kg weight-saving is offered via an optional titanium exhaust system. The new Supersports is the lightest-ever iteration of the current Continental GT and lighter than the 2009 four-seat Supersports model.

Interestingly, at 209 mph, Supersport radiator ingest 3800 liters of air.every second. To put this in perspective, this simply means that it can fill a 20ft shipping container in just 10 seconds!

On other hand that brakes can withstand the tmerature of upto 1000 degree centigrade. Thats the temperature of the boling lava!

The devil is in thedetails.

Exterior changes are subtle yet one can differentiate the new Supersport. A newly sculpted front and rear bumper designs incorporating a carbon-fibre splitter and diffuser. A new side sill extensions and hood vents also finished in carbon-fibre, gloss-black front wing vents and a new gloss-black, rifled exhaust tailpipe design. Instead of the bight-mirror look Supersport is a contradiction. This Bentley is complimented with dark scheme to enhance the dramatic exterior look.  From dark-tint headlamps and tail-lamps, and a complement of black-finished brightware to the front grilles, lights, rear bumper, door handles and window surrounds. 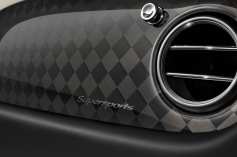 The ultimate luxury coupe or convertible, yes it can be ordered as a convertible as well as in any way or in any color you like even in the bespoke Mulliner edition. The detailing is immense and maddening. Consider this: Each of the 12000 strands of carbon fiber in every chequered square of the new patterned carbon veneer is 10 times thinner than human hair yet at the same time it is 100 times stronger.

Wolfgang Dürheimer, chairman and chief executive of Bentley Motors, said: “The Supersports name is legendary at Bentley. From the very first Supersports of the 1920s, to the Continental Supersports of 2009 – and now with the third iteration of this iconic model – it is a name which excites, impassions and thrills. Only Bentley could create a car which blends immense performance and unrivalled luxury in this way.”

You can have your Conti Supersport as soon as in the first quarter of 2017. Price? It is estimated the prices would be around $265000, and off course then you can always bespoke your Conti to a further… 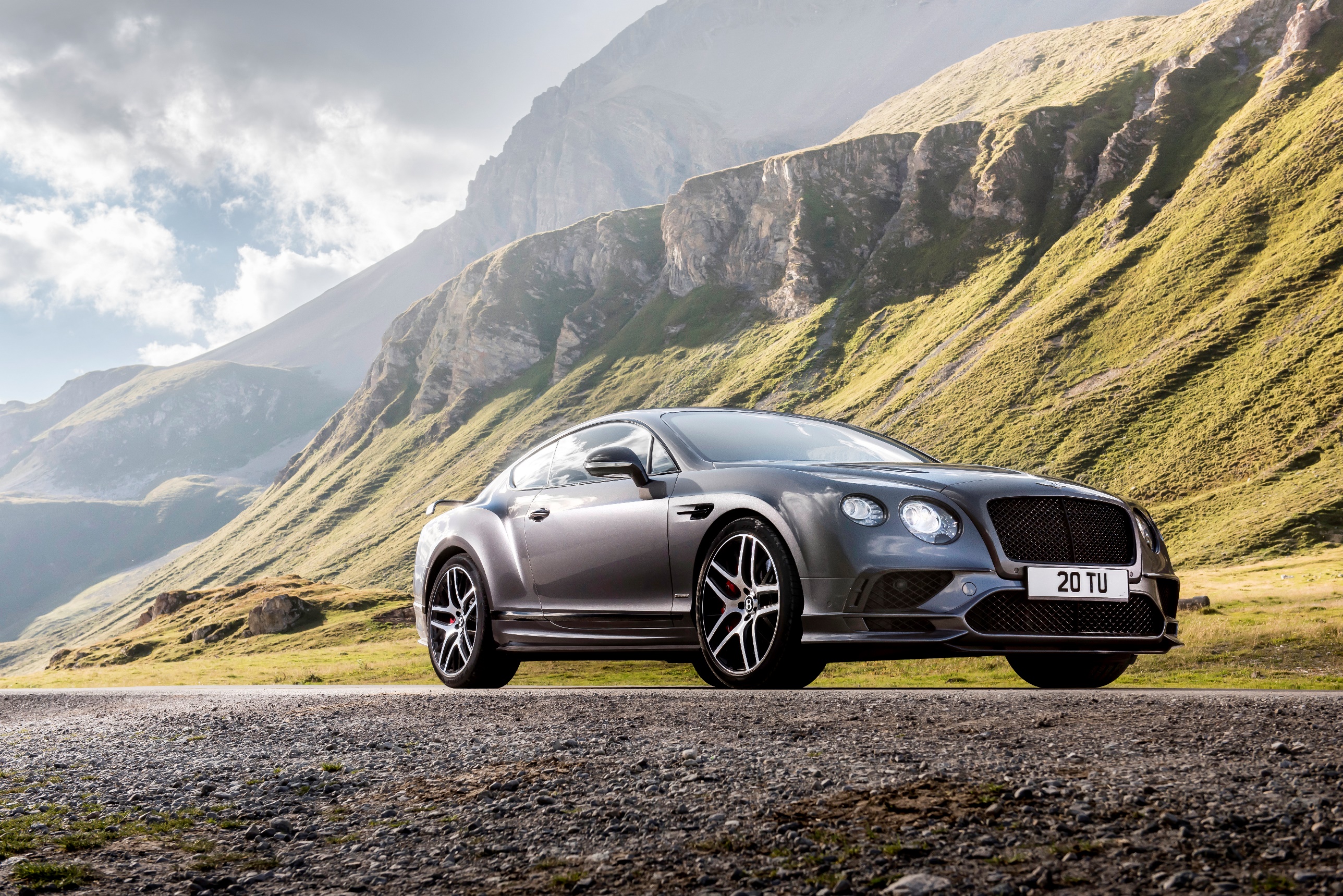 The Iconic Mercedes-Benz G-Wagen for the Middle ...