Since the introduction of the first out-of-the-box Cross Country almost 20 years ago, Volvo Cars has become synonymous with the rugged all-road, all-weather product category, with a growing stable of Cross Country models. 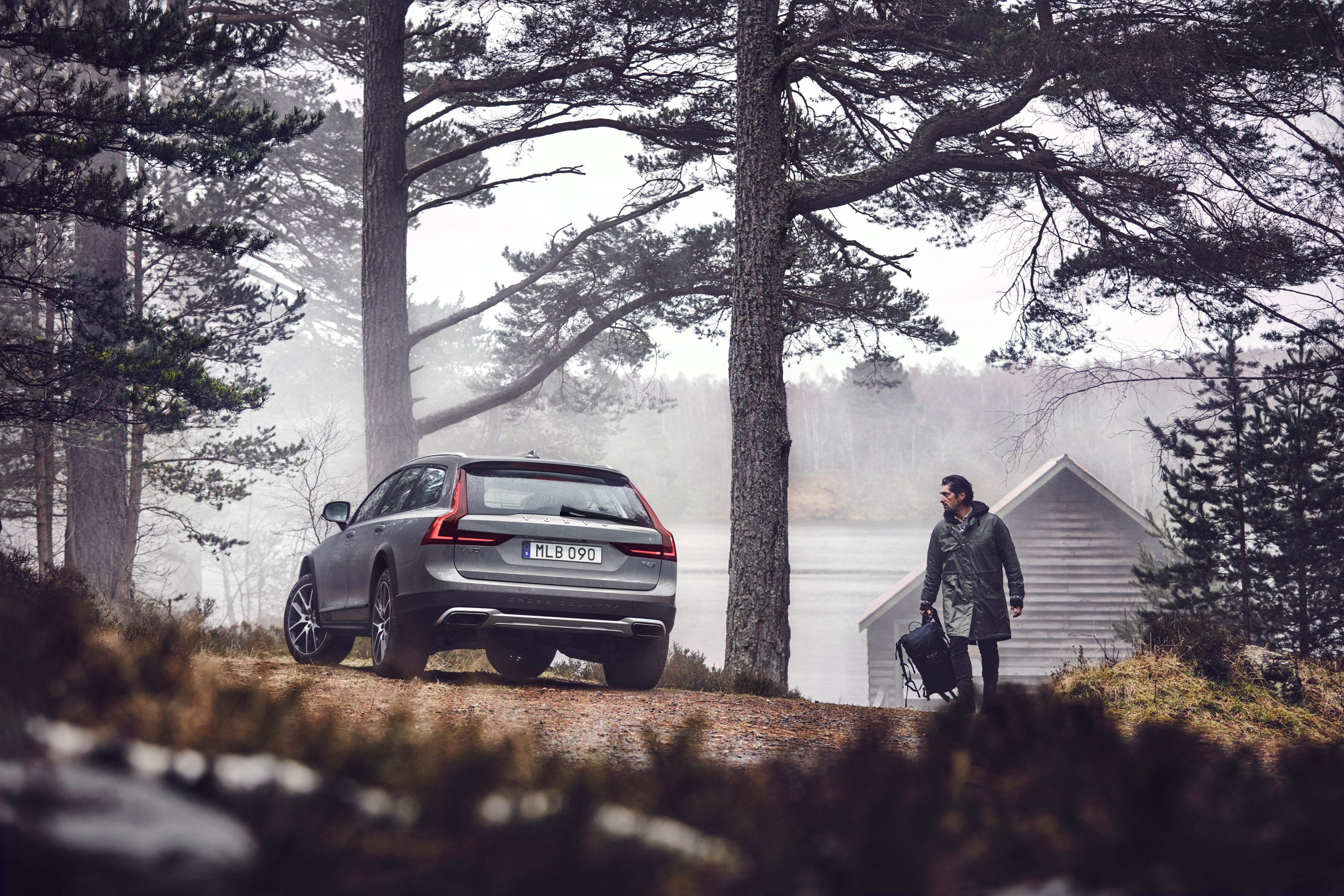 The All-new V90 Cross Country is sleek and aerodynamic. Its not modern, rather V90 is futuristic, now fulfil an increasingly important part of the Swedish automaker’s product portfolio as luxury car buyers seek out a more experienced-based lifestyle that occasionally takes them off the beaten track.

“The V90 Cross Country takes the elegance of the V90 and transforms it into an all-road car that delivers safety, comfort and performance in a capable and adventurous package,” said Håkan Samuelsson, President & CEO, Volvo Car Group.

The whole of Scandinavia nurtures some of the harshest winters on the planet and over 77% of the country covered in forest and lakes, Arjeplog, Sweden is the natural place to develop and test extreme durability and all-weather capable cars. This hard-won expertise represents a large part of Volvo Cars’ heritage, reflected in the company’s Cross Country model line-up.

“Our cars are well known for their safety, strength and durability. With All-Wheel Drive, increased ride height, and a chassis optimised for comfort and control in all weather and road conditions, the new V90 Cross Country takes our versatile V90 estate and adds the heart of an explorer,” said Dr Peter Mertens, Senior Vice President Research & Development at Volvo Cars.

The rebirth of Volvo brought the all-new platform Scalable Product Architecture providing the underpinnings, the V90 Cross Country has undergone rigorous testing to ensure that it can survive the extremes in which it will ultimately find itself. 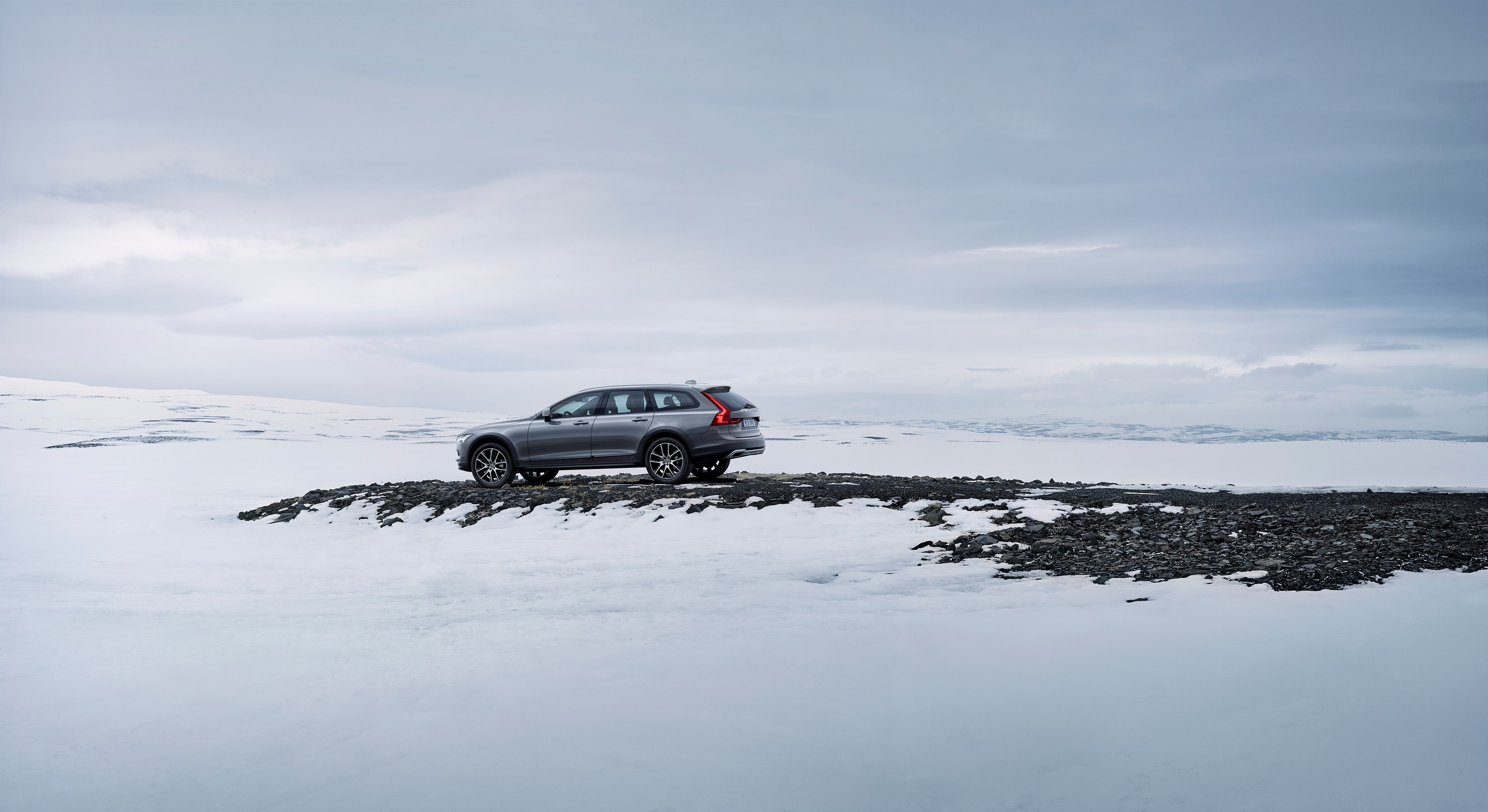 From secret testing facilities in the frozen north of Sweden, where temperatures regularly hit -40 degrees centigrade to the searing desert heat of Arizona, where Volvo Cars performs its high-temperature testing program, the V90 Cross Country has been built to last.

With a design that clearly stands out from the crowd, the V90 Cross Country’s rugged character belies a sumptuous interior that delivers a level of luxury uncommon in the segment, combining all the benefits of the connectivity and entertainment features that were launched with the new S90 and V90, including a high-end sound system by Bowers & Wilkins.

The V90 Cross Country’s exterior design cues communicate the powerful and dynamic capability that the car exemplifies, while offering the flexibility to choose from both rugged and elegant expressions.

“Designing a Volvo Cross Country is not a styling exercise, a plastic job. It is based on honest capability. The Volvo V90 Cross Country brings a surprising and intriguing combination of a strong, powerful exterior and a luxurious, Scandinavian interior. It will continue the genuine tradition of the Volvo Cross Country with a new recipe: The blend of powerful off-road capability in a most elegant, sophisticated, tailored wagon suit,” said Thomas Ingenlath, Senior Vice President Design at Volvo Cars.

The new V90 Cross Country takes this well-established segment to a new level of comfort-inspired capability. Production of the car is set to start this autumn at Volvo Cars Torslanda Plant in Sweden.

Ken Block is back with his Gymkhana ...